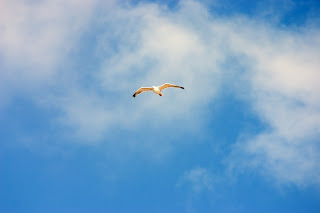 If anyone told the kids who planned the Youth Sunday service at Christ Church that “I’ll Fly Away” might be a bit primitive for Episcopal tastes, it must have flown right over their heads. Untethered by self-consciousness, and oblivious to the fact that some people in the congregation hadn’t flapped their wings in years, they sang with innocence and exuberance.


I rather enjoyed singing “I’ll Fly Away” to begin the nine o-clock Youth Sunday service.  It made me think of Tara flying away to heaven, free from strife and with the assurance of reunion joy. She had been on my mind as I dressed for church. The high school seniors were being honored and Spencer was to deliver the sermon.  Tara’s absence during this rite of passage for her son stirred sneaky grief, the kind that lies dormant until a memory or event exposes its hiding place.

I wrapped myself in all things Tara. Her ring was on my right hand. A graduation gift from her grandparents, it’s free-form style reminded them of her free-spirited personality.  Her cross hung from my neck, and the bracelet she made for me circled my wrist.  I carefully removed a small, gold brooch that Tara purchased in Ireland from its place of safe-keeping.  The “Tara Brooch” is a replica of the larger one worn on the robe of the high king in the ancient kingdom of Tara. I pinned the brooch to my shoulder and checked the safety catch not once, but twice.  In my mind's eye, I could see Tara and her bother laughing and dancing together upon a peat bog.  I noticed the recollection brought pleasure, rather than pain as it had in the past.

“You’re just going to have to wait like everybody else,” Spencer had said refusing to reveal the topic of his sermon and rejecting my offer to assist. When a Cox man refuses to talk there is no point in pushing.


My nerves for Spencer intensified as the service progressed. Voices rose to sing a second hymn, and a lump came to my throat

May the road rise up to meet you
May the wind be always at your back
May the sun shine warm upon your face
May the rain fall soft upon your fields
And until we meet again
May God hold you,
In the hollow of his hand

Brynnan prayed those words at the funeral home as a farewell to her sister. She heard them sung during a church service later that evening and said, “Tara was speaking to me, telling me that she was alright, letting me know she had heard my prayer, returning the blessing to me.”*

Coincidence?  I think not. I wanted to stand and announce to the congregation, “Ladies and gentlemen!  Tara is in the building!”

My spiritual director told me that sometimes the Holy Spirit speaks through scripture and the voice of another, whispering the words we need to hear in ways only we understand. She said her parishioners often say the sermon spoke directly to them, citing words she swore she never uttered. Maybe it was my mood.  Maybe it was my imagination, but the words of Jesus in the gospel reading sounded for all the world like Tara speaking to Spencer, telling him she loved him, that she loved God, was with God, and giving Spencer motherly advice.  I wondered if anyone noticed besides me:

“The father has loved me, and so I have loved you. Abide in my love. . .I’m telling you these things so my joy in you may be complete. This is what I want you to remember. Love one another as I have loved you.  No one has greater love than this--to lay down one’s life for one’s friends. . . Now, go and bear fruit--fruit that will last!”


“In the name of the Father, and of the Son, and of the Holy Spirit,” he began the sermon.


Instead of the little boy, beaten and defeated, unable to look anyone in the eye when he came to live in our home, I saw standing before me, in front of the entire congregation, and in front of God, a young man confident in his message with the courage to deliver it.  If ever I doubted God’s power to heal, to create beauty from ashes, to redeem even the most horrendous circumstance, it disappeared in that moment.

People in the congregation dabbed their eyes because Spencer's words touched them. I cried because I was witnessing a miracle--a resurrection miracle.

I didn’t want to leave the church, but when the announcement was made that the final hymn would be “J-E-S-U-S,” I knew I had to.

The throbbing beat of a lone guitar banged out a driving, bluesy rhythm. Spencer played his mother’s guitar. People bobbed their heads and tapped their feet. Some even swayed.  Spencer’s solo voice rose above the music, and he took us on a rollicking, good ride that only the terminally resistant could refuse. His body leaned into the rhythm as he sang a rambunctious, I’ll-go-first-you-go-next version of Jesus Loves Me.

And Christ Church praised God in a manner seldom, if ever, done before:

I saw the devilment in Spencer’s grin as his voice rose to a crescendo, and he slipped into an over-the-top, gravelly falsetto that on any other occasion might have triggered a walk out.

As it ended, applause and laughter rippled through the congregation.

“That’s the first time I ever left church laughin',” said one woman after the service.  “My goodness!  Preachin’ and singin’, too!” said another.   One man took my hand, and shaking his head said, “When he got here that boy looked like a whipped puppy that had just been let out of a closet. Look at him today. What a journey, what a journey.”

My friend Nancy, who had never stopped praying for Spencer’s well-being, said, “Well, Bunny, I think it is safe to say. . .he is definitely alright."

The minister said, “I told him not to do that!”

"Why did you do it if he said not to?" I asked Spencer on the way home from the church.


"I will restore you to health and heal your wounds, declares the Lord."~Jeremiah 30:17


"Coincidences are God's way of getting our attention."~Frederick Buechner

"For me, music making is the most joyful activity possible, the most perfect expression of any emotion."~Luciano Pavarotti

-What place does play have in my spiritual life? What activities do I find joyful?
-Have I seen health restored and wounds healed? What happened?
-What are my thoughts about this statement? "Sometimes the Holy Spirit speaks through scripture and the voice of another, whispering the words we need to hear in ways only we understand."